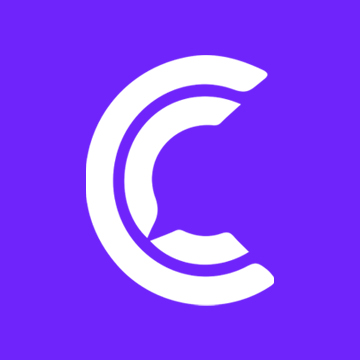 Have you heard of CookMagic? It’s an entirely SMS-based app built by Samsung Next, Samsung’s innovation group, where users simply text ingredients they have on hand and receive recipe ideas back. And guess what? The entire platform was built using Clerk to send SMS in Slack.

CookMagic was built as a link to one of Samsung Next’s other products, Whisk. Whisk is a website and app which allows the user to save any recipe and create grocery shopping lists. During the recent COVID-19 lockdown, Samsung Next wanted to find ways to help consumers find new and inspiring meals. Their idea was to enable consumers to text ingredients and get recipe ideas back, without having to download a separate app. It could also push them to Whisk recipes, and thus the Whisk app.

However, the Whisk app has a tight, locked roadmap, so the development team wanted to build this functionality outside of Whisk. Instead, using Clerk to power Slack SMS, they built a dummy website and product called CookMagic. With CookMagic, users can text a list of ingredients to a Whisk phone number. The team ingests that information into the Whisk API and directly into Slack. The team could then collaborate, in real time, to manage and respond to requests. (When it first launched, the process for replying with recipes was manual.)

Now that requests have been automated, the Samsung Next team can leverage Clerk and Slack to evaluate multiple inbound requests and showcase the requests to various team members across the organization.

Benefits of Slack SMS for CookMagic

Clerk enabled real-time SMS communication between the user and the product team, which is what powered the entire functionality of the app. It was fast and easy, and most importantly, it helped CookMagic grow their Whisk userbase without having to overcome the hurdle of downloading an app. With the amount of apps available, many users are experiencing “app fatigue” or “app overload”. But everyone still uses SMS and MMS. And 98% of text messages are read and replied to within five minutes. CookMagic took advantage of this to meet potential users in the native SMS apps they are already using.

Internally, it enabled the Samsung Next team to efficiently manage inbound requests, even when it was a manual process. They used their established Slack communication channels and expertise to collaborate as a team to respond to and manage CookMagic users.

Using Clerk for Slack SMS to build an entire app workflow paid off: when they launched on ProductHunt, they became the featured ProductHunt product of the day. They received thousands of recipe requests and, ultimately, got featured on Mashable and Apple News. By combining the simplicity of SMS for users plus the ease of collaboration in Slack, they created a fantastic product that attracted great consumer attention and even drove users to their other product, Whisk.

Learn more about the benefits of Clerk and what Slack SMS can do for your business.